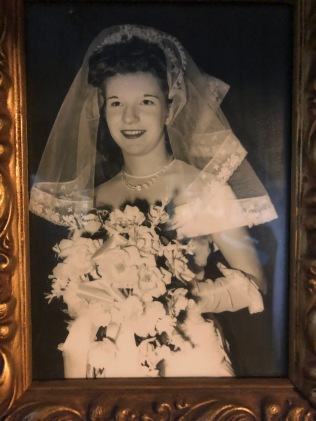 I have my dad’s nose. Every bit of my face, dirty blonde hair to crooked smile, belongs uncontestedly to my mother, but the nose. That broad Hutchinson nose defies my mother’s narrow ski slope one, as if my dad had to lay claim to at least one feature to prove his paternity.

Honestly, the rest of it is Mom’s too, from blue eyes to bad kidney to oddly long, skinny toes. I’ve always called the awkward smile in photos the Hutchinson smile, but it’s clearly the Swanson smile, because my brother has it too, and he is not a Hutchinson.

My dad runs deeper in me than facial features, though. Though he couldn’t prove it by my face, much of me is his, more than I ever realized as a child, staring into the mirror assuming I must be my mother through and through.

I look up at the white stone arch, September-red leaves twining around it like tendrils of a Scottish lass’ hair framing her alabaster face. At least, that’s what one imagines, gazing at castle ruins and thinking of lairds and ladies descending that now-crumbling staircase to waiting fawners and flatterers.

It appears this Isle of Skye, my potential homeland, wasn’t the kindest place to run a castle. They tended to fight over them on the regular, exchanging land between the clans like I exchange paint colors on the walls. Every several years, but much more violently. Seriously, if you want a change of scenery, paint is a simpler call.

Coming to Skye has been a dream of mine since I can remember. Before I knew my maiden name likely hailed from Scotland more than England. Before I knew its possible origin lay right on this island, nestled in the Clan Donald castle in whose ruins we now stand. Some part of me has always longed to stand here.

Also, I’ve always known a castle by the sea should rightfully be my home. It’s obvious some ancient lady who had my nose once walked along this shore. I know it.

The other castle we tour has far more visitors, but this one calls me. It’s a period novel cover, and I love every last falling, moss-covered stone. 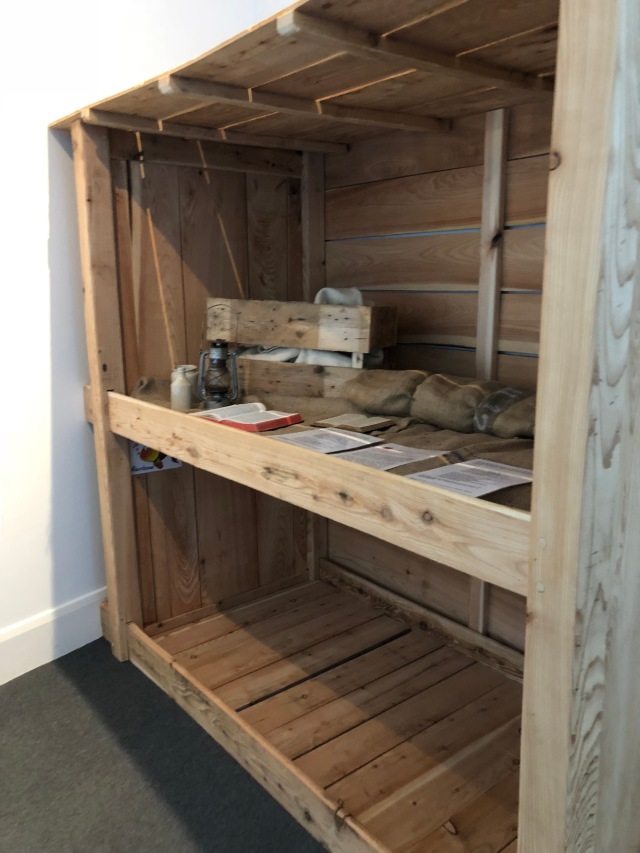 We make our way to the museum on the grounds, and the displays on emigration fascinate me.  There is a replica of a ship’s quarters, pieces of memorabilia, and a room filled with the history of those who left the island when persecution mixed with hunger grew too insistent.

The wooden trays pull out smoothly. Either the museum workmanship was stellar, or ages of people like me have pulled them out, searching for signs of who knows what, more interested in some hazy genealogical quest than the history of Skye and its clans.

The tiny bunk area, a scarce few feet wide and long, housed families leaving the persecution of the Scots and hoping for a new start, after weeks on a rough sea in their miniature quarters.

Do I have ancestors who made that sail? My father’s family hails from Kentucky, somewhere. That’s about all I’m sure of. Kentucky is a quick jump over the mountains form North Carolina, the settling place of some of these ships. Were distant grandparents on one of them, and were their names recored somewhere within these wide pull drawers?

I don’t know. I want to believe so.

Why do I need to know?

Our exchange student years ago asked that question. “Americans—you say you’re Swedish, or German, or Irish. But you’re not—you’re American! I’m German. Why are you all so obsessed with being something else?”

She had a point.

Perhaps it’s America’s youth, its rootlessness, its diversity. Its rough and rumble beginning that makes it question its parentage like a child who doesn’t know who his daddy is.

But why is it personal? Why do I not simply want to know about the MacDonald clan of Skye but I desperately want to be one of them? Information isn’t enough. I want membership.

We wander the gardens after, looking skyward at the massive trees. Apparently, the laird loved his trees, and he brought them back form all corners of the world. There is a love of growing things in my heritage—more proof I belong.

Another garden, another time, two other people. One eats a ripe, irresistible fruit. The other stands beside her, neither encouraging nor preventing, complicit in the act. Nearly as soon as the act is complete, the questions come.

Who is my father?

Why am I hiding?

Will I ever know those answers again?

And ever since, God their father has been trying to give them back their identity. To tell them who they are. Whose they are.

My identity may begin in Varmland, Sweden, and Skye, Scotland. It might not. I only know the former for sure, and I still deeply want to know the latter. Or maybe I don’t, because if it isn’t true, I’ll have to give up my dreams of lairds and ladies and castles by the sea and being Scottish which is, I think we all agree, better than just plain English. Certainly the accent is.

I have my dad’s nose. I have my Father’s image. Who I am doesn’t depend on those sliding trays of names and history. It doesn’t. But still, I want to know.

Fun to be a part of a THIRD launch team for a Jen Hatmaker book. I love this spot where she quotes Eric Schmidt, google exec chairperson. Saying yes is big. It’s scary. It’s going to take work. I said yes five years ago to getting a doctorate. It took a ton of work and time. I was way older than most students. But guess what? I’d be 5 years older no matter what, and now I’m 5 years older AND a Rev Dr. What’s your next yes? What’s stopping you? Let’s find the fun. #fiercefreefire #sayyes #amreading #whatsonmyshelf
Right now, our travel plans include the backyard and living room. But later--once quarantine is over, where are you headed? Wonderland? Alice and I are off to the Galapagos Islands in December. Hopefully. 🤞 Lifelong dream. Tag your travel buddy in the comments! (You can see I rely a lot on @ricksteveseurope and @lonelyplanet ) #quarantine #isolation #travel #adventuretime #galapagosislands
Many people have posted this and some have sent it to me, knowing my love for Tolkien. This is, indeed, my favorite quote. When I heard it in the movie barely a few months after 9/11, it hit so hard and raw. It started me to write the Tolkien book that I did. It seems it is again so appropriate. We can choose what to do with these times. We can choose to be the best of humans or the worst. It is in us to make that choice. Let’s be the best. #jrrtolkien #lotr #mondaymotivation #covid19 #bethebestyou #stayhome #give
Couldn’t use the palms for Palm Sunday. So we made them into a wreath for the door, with a white ribbon for first responders and medical personnel. We appreciate you. #palmsunday #firstresponders #medicalpersonnel #gratitude #whiteribbon